Here at Legal Quest PLC we are a multi-disciplined firm pioneering all aspects of Mortgage Securitisation Claims (MSC). Our founders have over 150 years’ collective experience within the legal and insurance professions. Over the past 13 years we have carried out extensive research into the complex and ‘hidden’ dealings of the financial sector, specifically relative to the way Mortgage Securitisation takes place and the impacts that it has on the unsuspecting borrowers.

Having built a comprehensive library detailing almost all of the UK’s Mortgage Sale Agreements and Prospectuses, we are regarded as the UK’s leading specialists and ‘Part 35 – Expert Witnesses’ in this niche market.

Legal Quest was founded by two Senior Chartered Loss Adjusters - Peter Goth (FCILA ACII) and Stephen Swain (FNAILA AAII), along with a former city of London Solicitor, Nicholas Chadwyck-Healey (LL.B. Hons). The founders, together with Muhammad Wasim (B.SC. Hons) who joined Legal Quest in February 2016 as the IT Director, and Martin D. Block (LL.B. Hons), a practicing solicitor, joining Legal Quest in August 2016 as the second Legal Director, have a wealth of experience in the insurance and legal professions, spanning many decades.


Having concluded 11 years’ due diligence and extensive research and with over £1,000,000 invested by the founders in time and money, we conclude that a major error had been made by the banking sector. We believe that the errors discovered may entitle the majority of UK mortgage holders to dispute the validity of their mortgage if it has been sold, transferred or assigned under Mortgage Securitisation.


We decided to make our findings ‘public’ in 2014 and the Legal Quest Mortgage Challenge was launched. Over the past five years, our research has further confirmed our findings resulting in this new arena of Mortgage Securitisation Claims (MSC). Using our wealth of knowledge and the latest information processing technology, we are able deliver a legal and DSAR Validation Audit review of your mortgage in a timely and cost-effective manner.

Since our inception, we obtained full authorisation of the four main regulatory bodies and are regulated by the Claims Management Regulator (CMR) in respect of regulated claims management activities under CMR No. 42379, are further regulated by the Financial Conduct Authority (FCA) in respect of insurance mediation activities under FCA No. 739402, with the new outsourcing of all regulated legal aspects being carried out by Martin D. Block, who is registered as a practising solicitor with the Solicitor Regulatory Authority under SRA No. 118413. Camellus Law LLP are a Commercial & Industry body regulated under SRA No. 634028 and, finally, Legal Quest plc are registered with the Information Commissioners Office (ICO) in respect of Data Protection matters under Reg. No. ZA085182 and remain the ‘Data Controllers’ for all such matters.

We intend to educate and inform the general public of errors and omissions within the banking sector in relation to Mortgage Securitisation. Delivering comprehensive information and evidence about Mortgage Securitisation Claims in order to allow UK mortgage holders to make an informed decision as to whether to investigate the validity of their mortgage and, where appropriate, to submit a valid claim for redress.

Camellus Law LLP (Registered No: OC395708) was originally formed on 7th October 2014 by Legal Quest PLC and Nicholas Chadwyck-Healey LL.B (Hons) as the two Founding Partners. The reason for its formation was to provide a separate legal case management firm to liaise with the lenders and any future legal professionals who would be appointed to represent any of the Legal Quest clients, who chose to join the planned Class Action(s) for their specific lender.

During the 12 month review period by the Ministry of Justice Claim Management Regulators which commenced in April 2016, after it was determined that Legal Quest must obtain additional regulatory authorisation to carry out the regulated activities relevant to a Mortgage Securitisation Claim (MSC), one of the items which was agreed to be attended to was the dissolution of Camellus Law LLP and the entire operational aspects of the legal case management undertaken by Legal Quest PLC.

The reasons for this were to ensure that the client(s) were only under contract to a single legal entity so, as a result of this requirement, on 7th June 2016, the trading style of Camellus Law was retained by Legal Quest PLC with a Notice to Dissolve Camellus Law LLP being filed. As of 23rd August 2016, Camellus Law LLP was dissolved by voluntary application. However, following the restructuring of Legal Quest plc following the transfer of regulatory authority from the Ministry of Justice, to the Financial Conduct Authority, the separation of the legal aspects from the validation/audit aspects was deemed appropriate. As a result, Camellus Law LLP was re-instated and reformed on 24th April 2019 and registered at Companies House under the new registration No: OC427066.

Nicholas Chadwyck-Healey is a retired solicitor still registered on the Law Society Roll and Martin D. Block (LL.B. Hons), who is a fully practising solicitor and Judge, resigned from the Board of Legal Quest plc, and were appointed as the two main ‘Designated’ Senior Partners of the newly reformed Camellus Law LLP, each holding a 40% controlling interest, with Legal Quest plc being appointed as an Associated Partner and holding the remaining 20%.

To avoid any possible misunderstanding, Camellus Law provides the in-house legal case management for Legal Quest PLC, with its own website www.camelluslaw.co.uk and the use of the trading style Camellus Law continues to be registered with the Financial Conduct Authority (FCA), the registration verifiable at www.fca.org.uk/register under Legal Quest’s authorisation No: 831198 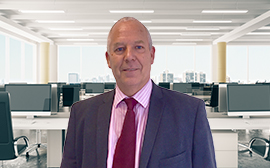 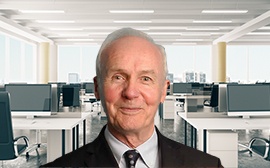 Our affiliates are on hand to provide dedicated telephone support and guide you through the Legal Quest Mortgage Securitisation Claim (MSC).